Passed away at the General and Marine Hospital, Collingwood on Sunday, May 17, 2015. Predeceased by his beloved wife Roma (Medlin) Smart. The much loved Dad of Jayne, Sandra and Victor Jr. (VG), Grandfather to Mitchell and Ashley, brother of Tricia & John Taylor and Richard Smart of England, uncle to Donald & Wendy Wills and Melissa & Andrew Orchard of Cornwall, England, Duncan and Jane Taylor, Stephen and Ali Taylor, Catherine (Smart) Pratt, and Robert Smart, also of England. Born in London, England, Vic married his beloved Roma in 1955 and was most proud of his family and the life they built here in Canada over the past 58 years. His RAF service in the Suez Canal Zone provided some of his most memorable experiences, and some pretty good stories. After immigrating to Canada he worked with the Toronto Hydro for more than 30 years following which he enjoyed 22 years of retirement in Wasaga Beach.

In lieu of flowers, the family would appreciate donations to the Wasaga Beach United Church or the Collingwood General and Marine Hospital. 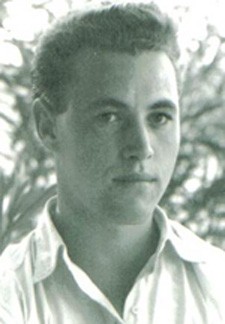