Vivian was born in Hamilton, ON. on August 7th, 1924. She worked as a secretary at Stelco from 1950-1970 Viv was an accomplished painter and her works of art could be seen on many a decorative plate or cup around their home She met John as the Magnus family cottage was next door to the Clark cottage and Vivian would spend many a weekend with her best friend Audrey Clark (Audrey passed away almost 3 years ago). Magnus Park is named after the cottage property. She and John were married on November 25, 1961 at her home in Hamilton. In their retirement years they travelled to Florida were Viv would volunteer at the Moody Keswick Bible Conference grounds. Viv's relationship at Waverley Gospel Hall began in the 1950 during summer weekend visits and it became their home church once they made the permanent move from Hamilton when they retired. Although they had no children nor siblings her cousin Mary-Jane & Ken Dolbear would visit and continued to stay in touch through her lifetime. Jean Widdes, Violet Chapman, Grace Crawford & Sandra Chapman were her close friends especially in the last several years. John passed away in March of 2008 and after being alone for a couple years the decision was made to sell the home in Midland and make the move to Elim Homes in Waubaushene. Special thanks go out to her friends and the staff at Elim Homes who loved her and gave her excellent care in the final 5 years of her journey.

Friends may call at the Lynn-Stone Funeral Home, Elmvale after 10:30 am Friday.

Funeral Service in the chapel on Friday, May 15 at 11 am.

Memorial Donations to Elim Homes, Waubaushene would be appreciated. 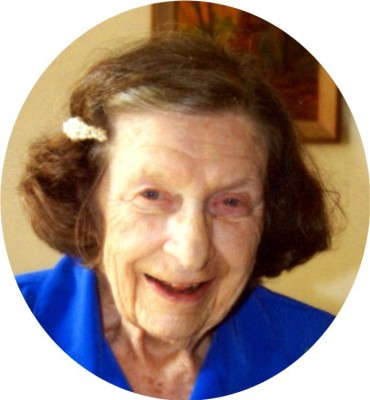