With much sadness, we announce Michael Joseph Stone's passing on Saturday, Aug. 6, 2022, at RVH. "Digger," in his 78th year, was a life-long Elmvale resident and former owner of Lynn- Stone Funeral Home. Mike was the loving husband of Faye (nee Burnett) and cherished his daughter Angela (Anthony) and son Jason (Kiaya). He was the very proud grandpa of Jack, Nathan, and William. Mike will be missed by his sister Eileen Birley (late Ron) and was an appreciative uncle of his niece Kim and grand nephew Bronson. Remembered fondly by his brother-in-law Bruce Burnett (Penny), sister-in-law Mary Jane Burnett (late Bob), and many Burnett nieces and nephews. Mike's friends and cousins abound from many regions, and he looked forward to every opportunity to spend time with them throughout his life. Be it as a spectator or participant in hockey, ball, or curling Mike was a sports enthusiast. More recently, as an avid golfer, he will be missed on the greens, the rough, and at the 19th hole by his many golfing buddies.

A mass will take place at Our Lady of Lourdes Church in Elmvale on Thursday, August 11, at 11:00 a.m. with interment at Elmvale Cemetery followed by a reception back at the Church Hall.

As a member of the Elmvale District Lions Club for fifty years, Michael believed strongly in Community and Service. The recent branding of the new Elmvale Food Bank as "The Michael Stone Building" was an esteemed honour. In Mike's memory, if you so wish, donations may be made to these two worthy organizations or a charity of your choice. 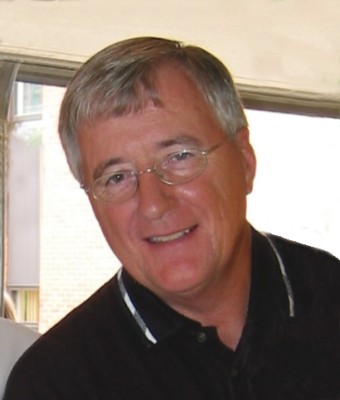