Cecile was a dedicated member of Mount St. Louis Church and Daughters of St. Louis. She was an avid gardener and baker, having learned to bake pies at the young age of 10 years. Her pastry became famous, especially her well-know butter tarts; popular enough that there may have been a scuffle or two, over her tarts, at the odd bake sale!

In lieu of flowers please consider a memorial donation to Daughters of St. Louis.

The Morrison family wishes to extend their most sincere appreciation to the staff at Hillcrest Village for the excellent care given to Cecile during her time there. 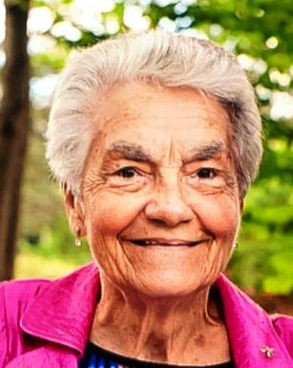