Passed away peacefully at the Avalon Care Centre in Orangeville on Thursday, November 8, 2018 in her 88th year.  Beloved wife of the late Douglas Watson and the late Wallace Lucas.  Forever missed by her son Edward (Barbara) Watson and pre-deceased by son Steven Watson.  Grandmother of Douglas (Lindsay) Watson, Lindsay (Paul) Varga, Stephanie Watson (Baba Muhammed Marga), and Joshua (Debbie) Watson.  Great-Grandmother of Aidan and Samuel Watson, and Logan and Hudson Varga.  Sister of Myrtle (Wallace) Greenlaw, Mable (late Fred) Reynolds, and the late Rosswell (Alma) Beamish, Irwin Beamish, Norman (survived by Vera) Beamish, and Bill Beamish.  Margaret will be missed by her many nieces and nephews.

A visitation will be held at the Lynn-Stone Funeral Home in Elmvale from 10 am – 11 am on Tuesday, November 13, followed by a memorial service in the chapel at 11 am.

Memorial donations may be made to the Alzheimer’s Society in Margaret’s memory.

Expressions of sympathy may be sent to www.lynnstonefuneralhome.com. 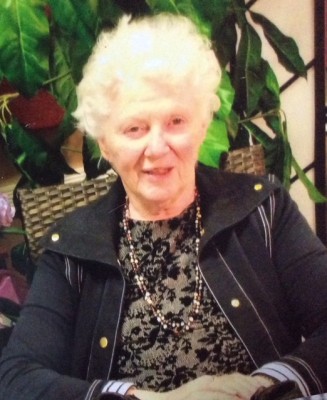