Owen died peacefully at his home near Vasey, Ontario on February 20th, 2018. Owen was the beloved husband of 42 years to Anne (McKnight) and loving father of Jessie (Jason) and Ira (Catherine). He will be sadly missed by his brothers Dale, Doug (Jane) and Keith (MaryAnne), sister-in-law Thelma and many nieces and nephews.  Owen will also be missed by many wonderful friends. Owen was predeceased by his brother Paul and parents Frank and Irene.

Owen was born in Vasey, Ontario and attended elementary school in Moonstone and High school at Midland Secondary.  After marrying in 1975, Owen and Anne spent several years living in Sparwood, British Columbia where Owen worked as an equipment operator and trainer at the Fording Coal Mine.  After moving back to Vasey in 1981, Owen and Anne built a log home and started a family. Owen worked side by side with his brother Doug to establish a successful business and together they operated Smitham Brother’s Construction for many years.

Owen lived a wonderful life full of happiness and adventure.  He loved to travel by car, plane, boat, snowmobile and especially by motorcycle.  He spent many hours curling at the Elmvale Curling Club and in his younger years played fastball in Vasey and hockey in Coldwater.  Owen also spent time coaching hockey and fastball and served as a scout leader.

Owen touched the lives of so many people whether they were life-long friends, family or just acquaintances.  He always made people smile and we hope that you will smile when you think of him today.

Family will be receiving friends on March 17th at the Lynn-Stone Funeral Home in Elmvale, Ontario from 1-2pm with service to follow at 2pm. All are welcome.  Visiting and refreshments will follow the service in the Springwater Room at the Flos Elmvale Community Arena, 14 George St., Elmvale.

Donations in memory of Owen can be made to the Elmvale Curling club where he enjoyed so much of his time. 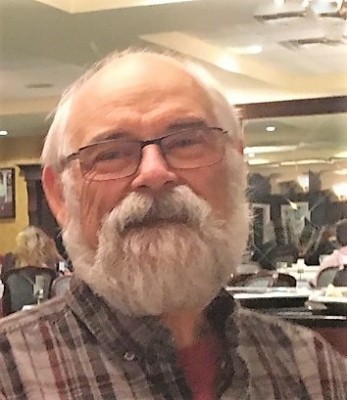