Esther Maria McGugan (nee Farstad) returned to her heavenly home on January 26, 2018 in her 91st year. She joined the love of her life, Donald who had predeceased her last June.

Esther was born in Bourkes, Ontario on December 1, 1927 to Magnus and Elizabet (Petterson) Farstad

Esther was: A wife, mother, mother-in-law, grandmother, and much to her joy a great-nanny, sister, daughter, and friend: A cook, seamstress, artist, and potter: A librarian, teacher, hotel maid, store clerk, and poet: A hiker, paddler but not much of a swimmer: A traveler, singer, listener and dancer.

Esther was a quiet person who was happiest working behind the scenes.

Esther was described by her Donald, as “a quiet, sensitive and caring individual. She could do anything and everything.” Esther had the ability to make any house a home, whether it was a section house, a 17 foot trailer or their more substantial homes in later life. In her home, everyone was welcomed and made to feel at home.

Esther was not constrained by what women of her era “should or should not do”. If a task needed doing she did it, whether it was baking cookies, replacing a roof or sewing wedding gowns for daughters.

Esther’s world lit up when she was around children. Watching her, watch children was a delight. She spent many years as a quiet champion of developmentally challenged children.

Her devotion to family was unquestioned. Her love and support were unconditional. Her grandchildren will remember the trips taken with her and their Grandpa to faraway places. Each fondly remembers their Nanny moments.

A memorial service will be held on June 2, 2018 at 11:30 am at St. John’s Presbyterian Church in Bradford, Ontario with Rev. Dan Scott officiating. All are welcome to attend a reception following the service to celebrate Esther’s life.

Ashes will be scattered by family in Northern Ontario

In lieu of flowers, Esther has requested that donations be made to Sleeping Children Around The World or St. John’s Memorial fund.

We love you and we will remember 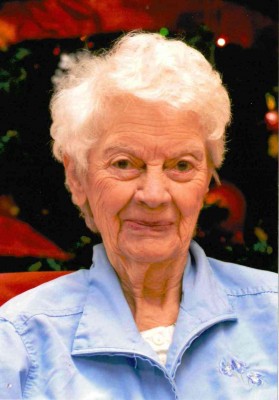